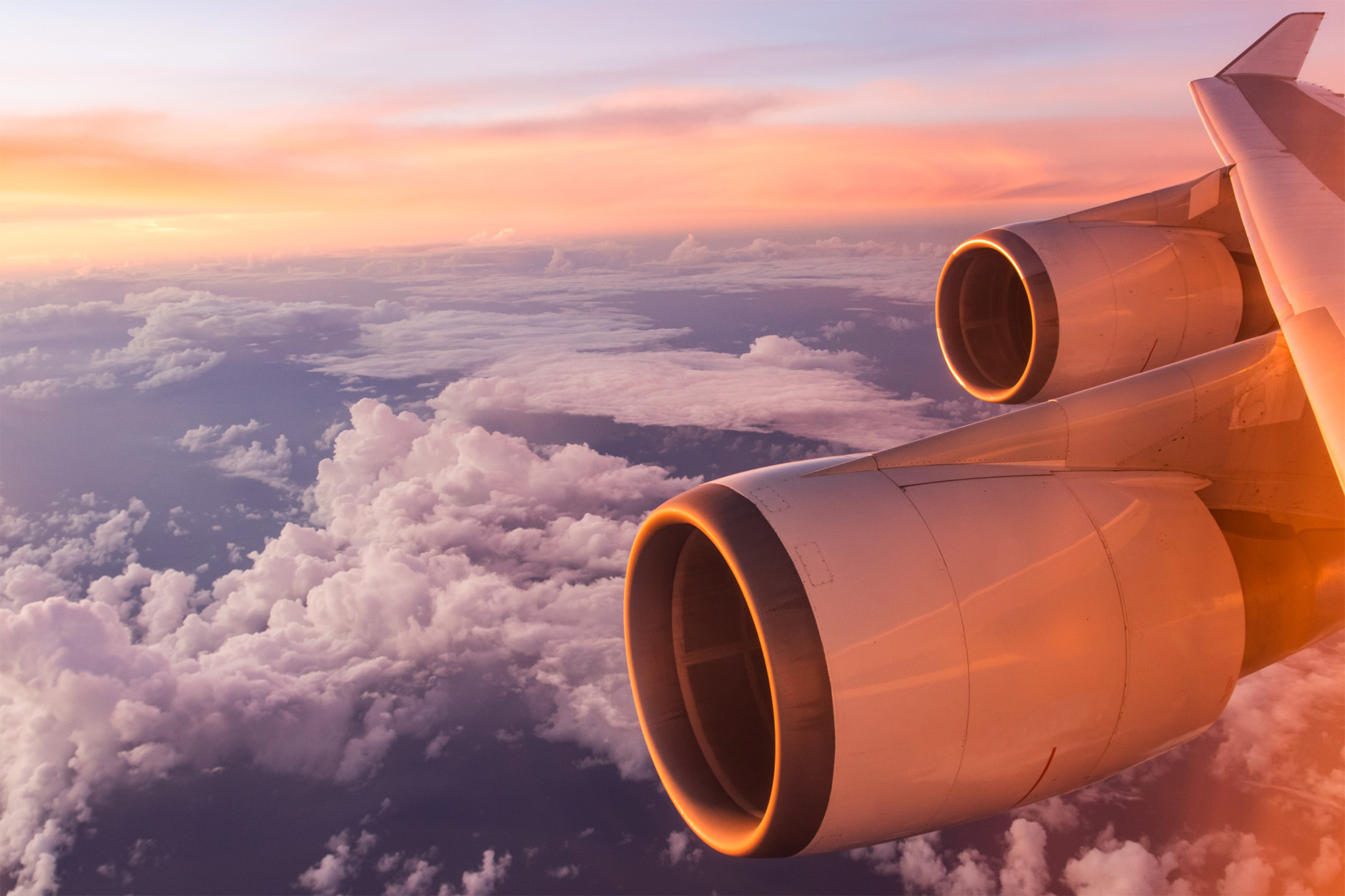 What are governments doing to help decarbonise aviation?

The entire global aviation industry is united in trying to find ways to decarbonise their operations. From airlines and airports, to into-plane providers, fuel providers, manufacturers, and the plethora of associated vital services and logistics that make up the world of aviation, every corner of the industry is determined to reduce their emissions. However, the fight for decarbonisation is not theirs alone. For the industry to fully achieve their goals - such as net-zero carbon emissions by 2050 - this requires policy, investment, collaboration and regulations from governments. A holistic approach is needed to both support the initiatives and strategies put in place by the industry, and to ensure fairness and globally balanced competition.

After the Paris Agreement in 2015 - which set targets around global climate control, including not exceeding a 1.5°C increase in global warming - the aviation industry stepped up to the challenge, with IATA aligning their own climate goals with that of the United Nations, and ICAO forming the Global Coalition for Sustainable Aviation to promote sustainable international aviation and to commit to a 2% annual fuel efficiency improvement through to 2050, and carbon neutral growth from 2020 onwards. In addition, a new declaration was made at the COP26 event in November 2021 - the International Aviation Climate Ambition Coalition (IACAC) saw some parties commit to supporting ICAO and participating in CORSIA, the Carbon Offsetting and Reduction Scheme for International Aviation.

"As we move from commitment to action, it is critical that the industry is supported by governments with policies that are focused on the same decarbonization goal."

Meanwhile, governments set out their individual commitments to support these targets via NDCs, or Nationally Determined Contribution action plans. As part of the agreement, each country is required to update their NDC every five years, with the call going out at the Glasgow Climate Pact that it is now time for the latest of these revisions to take place. So far, 151 out of the 193 countries taking part have provided their updated NDC.

Despite this commitment, the statistics are troubling - instead of the 45% reduction in greenhouse gas emissions needed by 2030 to meet targets, current projections suggest an increase of 14% based on NDCs. So what have governments committed to in relation to supporting the aviation industry, and is it enough? Here’s a list of the five biggest greenhouse gas contributors (who together make up two-thirds of total global GHG emissions) and their latest plans to decarbonise their aviation industries.

China’s aviation infrastructure is growing rapidly - with plans to build more airports for a total of 400 civilian airports by 2035, China is predicted to be the world’s largest domestic aviation market by the end of the decade. Despite this, China is still committed to being carbon neutral by 2060. They plan to achieve this target mostly through offsetting their emissions and transferring the need to reduce carbon output to other industries.

Currently, reports suggest that the Chinese government is pressuring airlines and manufacturers to strengthen their decarbonisation targets - but with industry leaders highlighting out-of-date systems, high airport charges, and little support in leaving behind traditional jet fuels, airlines are looking towards alternatives such as digitalisation of their operations to increase efficiency and reduce fuel consumption.

The US recently rejoined the Paris Agreement, and their latest NDC showed a much stronger plan, by committing to reducing emissions by 50%–52% below 2005 levels by 2030, and committing to net zero emissions by 2050. For the aviation industry, the US intends to reduce emissions through:

The EU has multiple policies in place to combat the climate crisis, which all form part of the European Green Deal. For the aviation industry, CO2 emissions are covered by the EU Emissions Trading System, which requires airlines to monitor and report their emissions. The system sets a strict cap on the total emissions allowed for each airline, which are reduced by 4.2% year-on-year to meet the 2050 target. These allowances can be bought or traded with other airlines, or saved for future use. Currently, aircraft operators are sometimes given free allowances, but this is set to be phased out by 2026. Instead, the EU plans to implement CORSIA for extra-European flights, with offsetting employed via carbon credits.

On 14th July 2021, the European Commission set out how they aim to achieve at least 55% net reduction in greenhouse gas emissions by 2030, including:

India is one of the countries who have yet to provide an updated NDC, but their commitment at COP26 was ambitious. India committed to increase their non-fossil fuel capacity to 500GW by 2030, and reach net zero emissions by 2070 - however, both India and China argued that in order to do so, they would need to delay phasing out their reliance on coal in the short term.

In terms of aviation, both countries opted out of signing the IACAC declaration, with India’s aviation sector witnessing large-scale rapid expansion. India’s government is looking to develop 100 airports in the next four years while also building new terminals and other infrastructure at existing airports.

With the next IATA Aviation Energy Forum being held in New Delhi in November 2022, the world will be looking to India to find ways to meet their targets, possibly through the use of SAF and other sustainable fuels.

In 2021, Russia agreed to cutting net greenhouse gas emissions to 60% of 2019 levels by 2050, and plans to reach net zero carbon emissions by 2060. However, Russia’s policies seem to contradict this via their Energy Strategy, which focuses on fossil fuel extraction, consumption, and global export.

In addition, Russia’s energy ministry states that the sanctions imposed due to its military activities in Ukraine will impact on their ability to reach their climate targets, leading to internal pressure for Russia to withdraw from the Paris Agreement.

In terms of aviation, Russia’s airlines are mostly banned from entering European and North American airspace, and western manufacturers cannot sell aircraft or parts to Russia. This has massively impacted the Russian aviation industry, with reported airport closures and a steep decline in domestic flights. With such upheaval, achieving decarbonisation targets may be a significant challenge.

‍At i6, we believe one of the most effective approaches to decarbonisation is to digitalise the entire airport fuel supply chain. Our fuel management technology seamlessly connects the fuel supplier, fuel farm, into-plane operator and airline to track end-to-end fuel movements. This provides key stakeholders with detailed and real-time information with greater operational control and efficiency. For example, airlines using our e-fuelling technology, eHandshake®, benefit from accurate data transmission and optimising refuelling - resulting in average savings of up to 201KG CO2 with every long-haul flight.

Get in touch for more information about how you can digitise your fuelling operations and reduce carbon emissions. 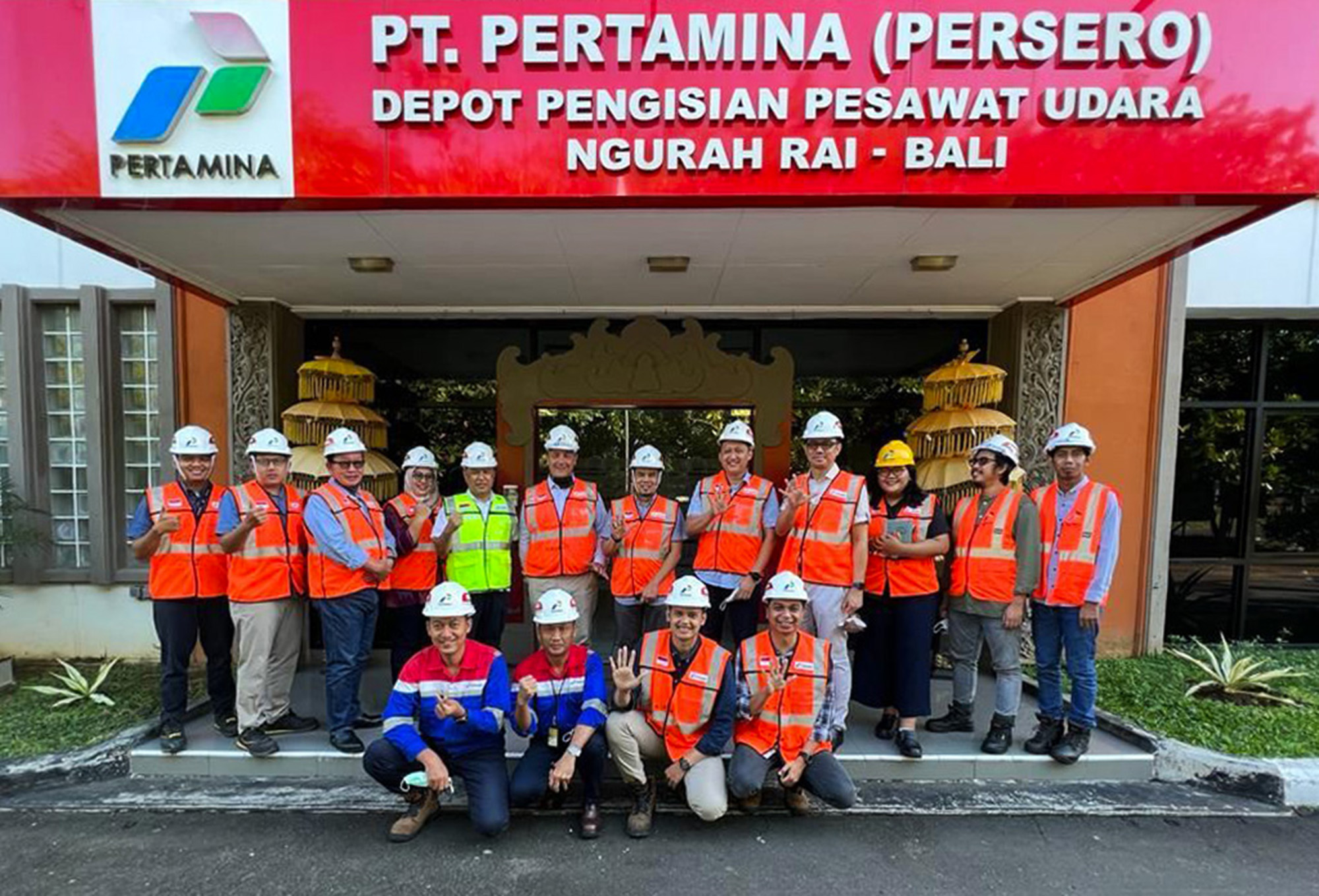 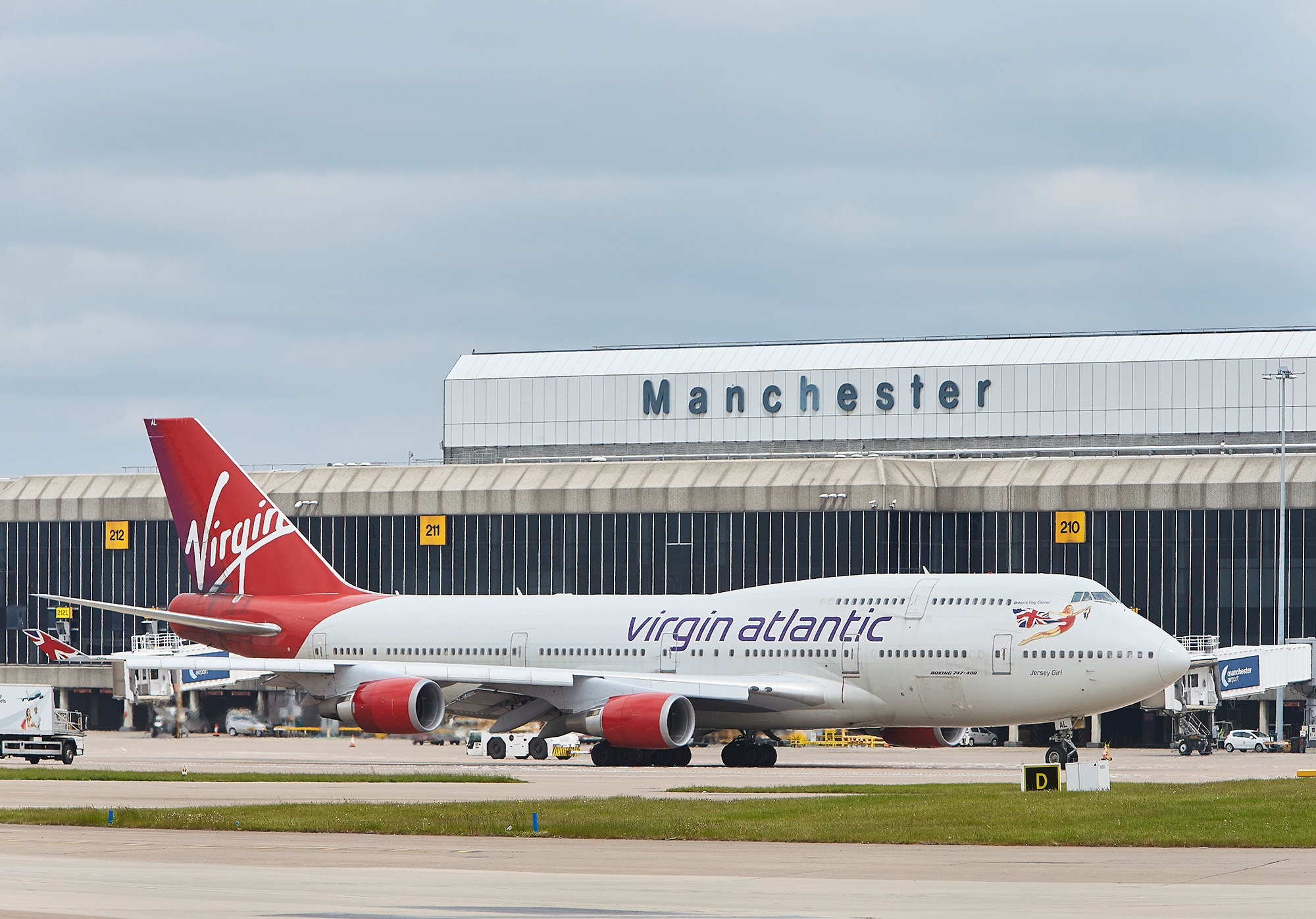 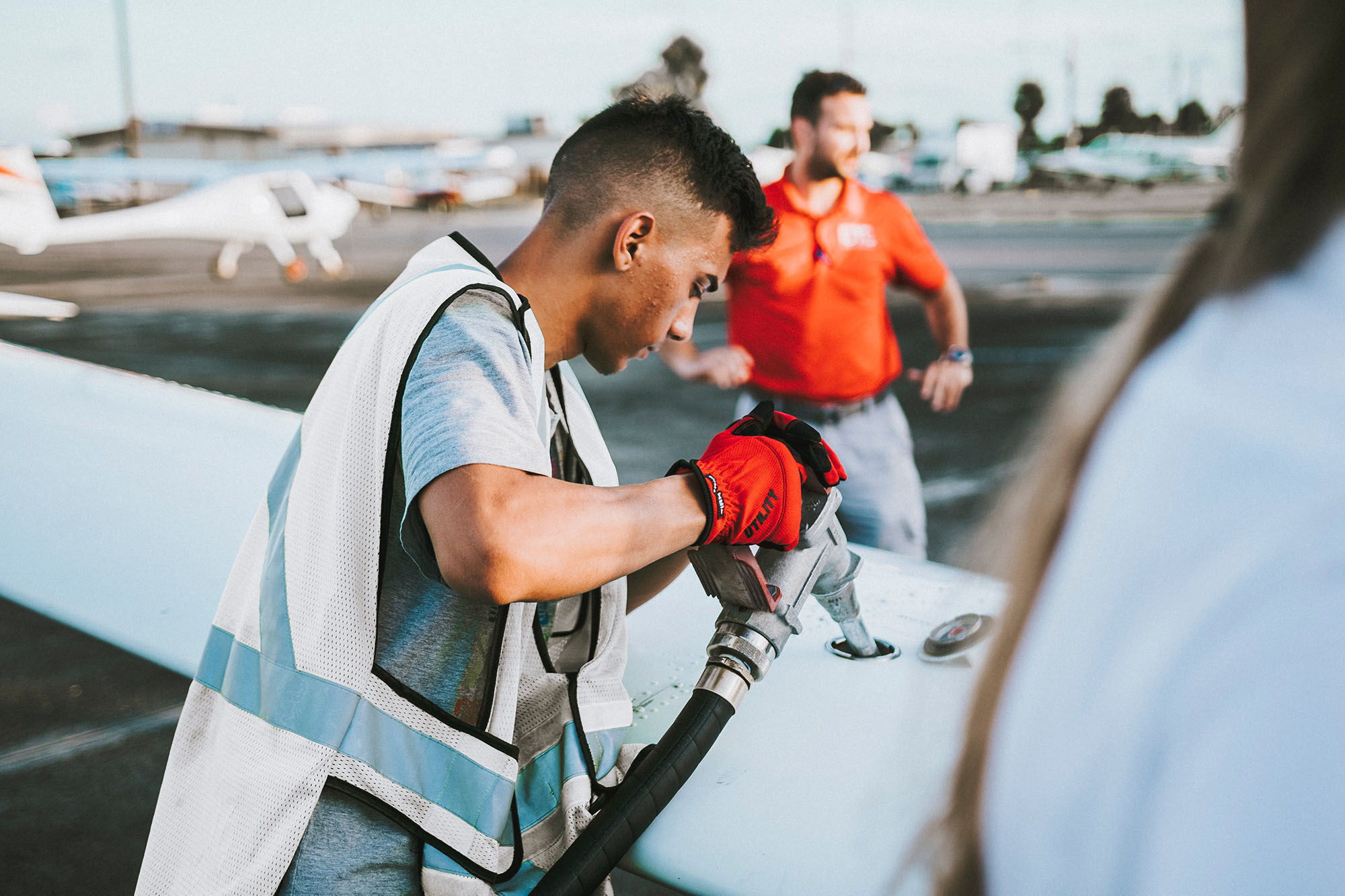 November 2, 2022
By clicking “Accept”, you agree to the storing of cookies on your device to enhance site navigation, analyse site usage, and assist in our marketing efforts. View our Cookie Policy for more information.
PreferencesAccept